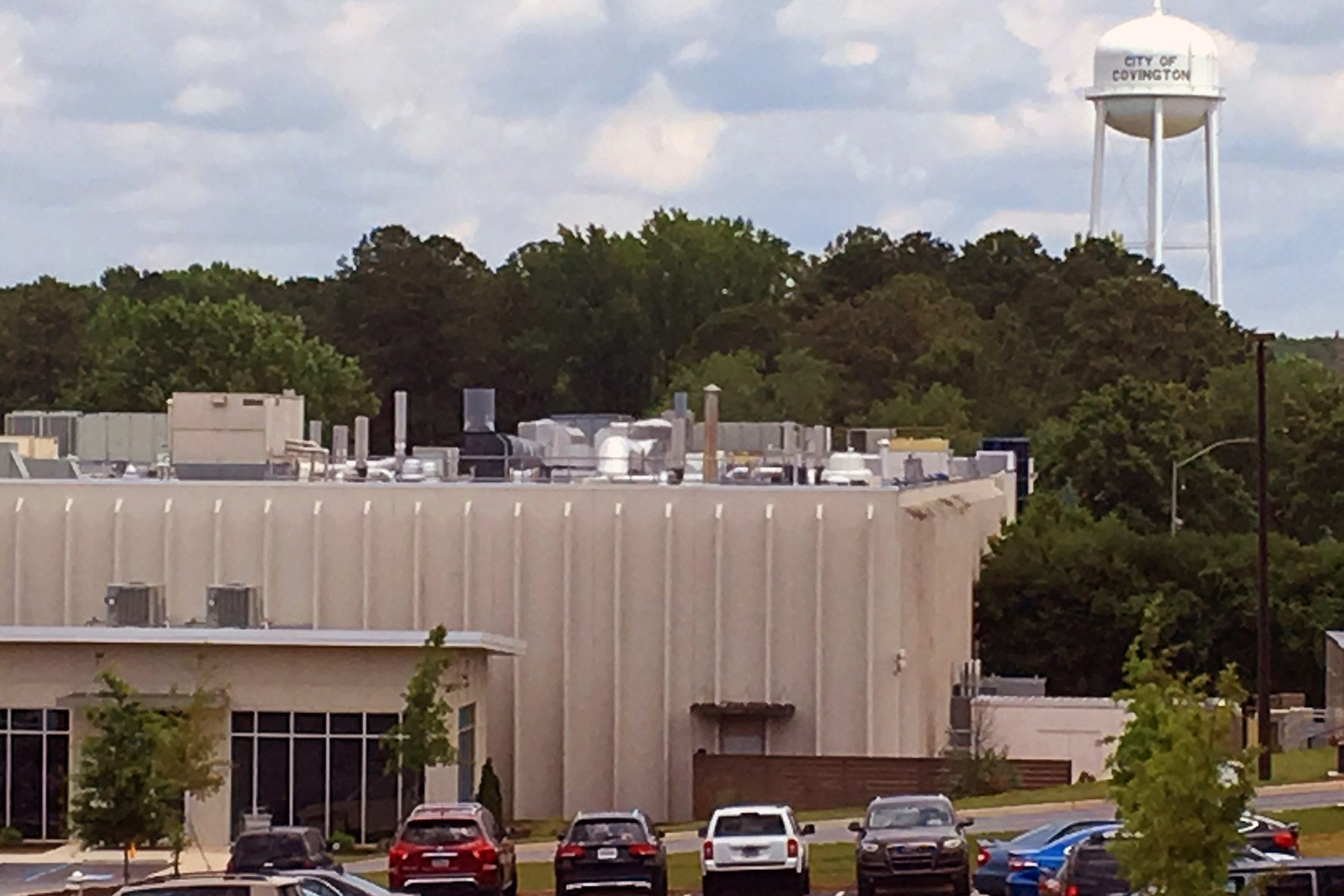 Brenda Goodman is a senior news writer for WebMD. Andy Miller is editor and CEO of Georgia Health News.

Speakers and audience members called for independent testing of a sterilizing gas, ethylene oxide, being released from the BD plant.


“If we don’t stand up and demand it, it’s not going to happen,” Michael Geoffroy, a local attorney, told the crowd gathered in the gym of the Calvary Baptist Church. “I think we need as much testing as we can, and not just at one or two points, but throughout the community.’’

Geoffroy was flanked by two enlarged maps showing rings around the sterilizing facility, known locally by its past name “Bard.’’ The maps showed state projections of cancer risks surrounding the plant.

It’s one of two areas in Georgia that EPA data flagged as potentially having higher cancer risks due to toxic air pollution. Most of the risk in these areas is driven by one chemical, ethylene oxide. Both are near facilities that use the gas to sterilize medical equipment.

In 2016, the EPA completed a review of the chemical’s safety and declared the gas a “human carcinogen” — something that causes cancer in people.

One census tract is in Covington. Two other census tracts — among 109 in total in the U.S. — also flagged are in the Smyrna, GA, area, where Sterigenics, another sterilizing company, has a facility.

The City of Smyrna this week committed to independent testing of the air surrounding the Sterigenics plant.

The Covington meeting took place just a few hours after Georgia Gov. Brian Kemp’s administration said it was investigating ethylene oxide emissions at the two locations. The EPA reclassified the chemical as a cancer-causing agent in 2016.

Theodosia Wade, a retired biology professor from nearby Oxford College of Emory University, told the gathering that getting more information is vital.

“I don’t think we want to be bashing any of our industry, but I think we ought to hold people accountable. We do need to understand what the data is saying,’’ she said. “I want third-party testing. It can’t come from self-reporting.’’