Valentino: The story of a fashion designer legend

Valentino was born in Voghera, Italy, on May 11, 1932. His full name is Valentino Clemente Ludovico Garavani and his clothes are known for their femininity and romantism.

He studied to be a fashion designer and he learned French at the Academia Dell Arte in Milan and later continued his studies in Paris.

His first job was next to tailor Jean Desses in 1950, while he was only eighteen years old!

Valentino returned to Rome in the early sixties and opened his first atelier. He became known for his long skirts, the time when the Minis were in vogue.

It was the “Dolce Vita” time. A lot of Hollywood actresses went to Rome to make movies. They quickly discovered Valentino and determined his reputation in the fashion industry. On July 31, 1960, Valentino met the partner – and his partner – Giancarlo Giametti.

Giametti soon assumed the position of CEO of Valentino’s commercial development consultant. To 1967, in Dallas, Texas, he was awarded the Neiman Marcus Award, a prize equivalent to an Oscar, in the fashion industry.

The great recognition, however, comes in 1969 with the collection “White Collection”. With short dresses combined with lace socks and straight shoes. This collection shows the “V” logo for the first time on the buttons, pockets and accessories.

His clothes are being shown in TIME and LIFE magazines and his, already, brilliant circle of customers is growing and includes some of the most important women in the world such as Jacqueline Kennedy, Princess Margaret, Elizabeth Taylor, Farah Diba, Marella Agnelli, the Begum Aga Khan and others.

On September 4, 2007, Valentino, after the demonstration of his Ηaute Couture collection in Paris, announces that he is leaving the fashion field. Today, chief designer of the house is Maria Grazia Chiuri, who had worked for several years near Valentino before being asked to take over the house. 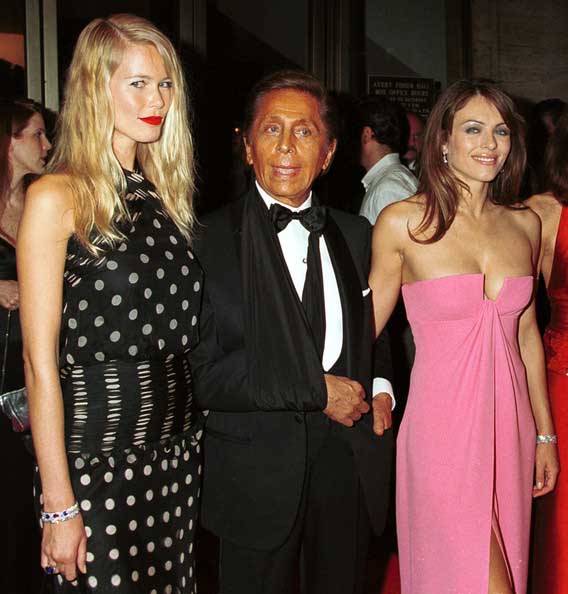 How to identify a Valentino design

I find it easier to identify a Monet (the famous Dutch painter), than to identify a Valentino design, so l spotted some basic points were Valentino stands out from the other fashion designers.

The most important thing in his collections is his ability to show the beauty of a woman’s body through elegance and unique designs. Designing creative and elegant clothes for beautiful, sensual and interesting women, using mostly black, white and red color in his fashion collections, is his way to individualize himself.

Always sunny and well-groomed, with its characteristic red tide in his collections, Valentino seems to have the magic stick for decades and whatever he touches turns into gold …

” Red is a colour that is not shy” the designer told Marie Clare, adding that it was inspired by a visit to the opera when he was younger. “

The whole set was red – the flowers, the costumes — and l said to myself, “I want to keep this colour in my life.” 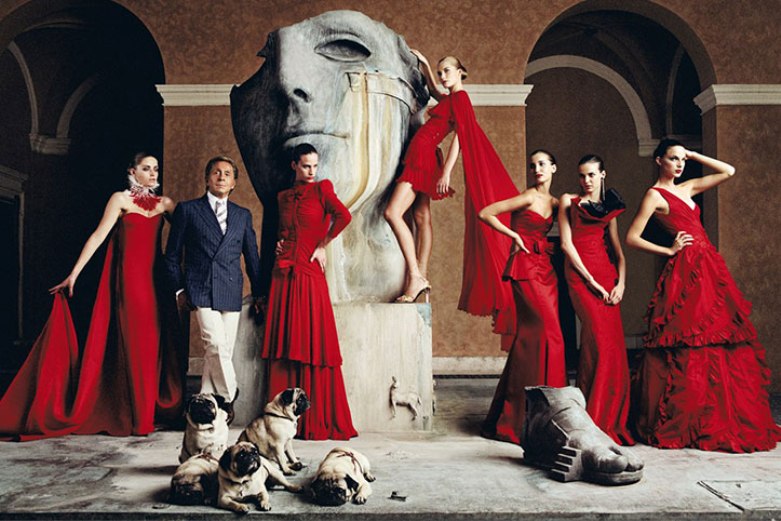 The fantasy of the sewing that faithfully ”serves” Valentino has acquired a reality, a more everyday dimension through the look of designer Pierpaolo Piccioli, depicted by the fashion elite in Paris. The designer decided to think of certain people in their own paradise, such as Yves Saint Laurent in Marrakech, and to capture this dream in his spring collection, always respecting the principles of Maison Valentino.

The show opened the 90s goddess, Kristen McMenamy with a black parachute-dress, followed by a series of black dresses until the designer uncovered a big party of mini dresses with wings, huge straw hats and playful accessories…

Romance in every creation

His houses have been photographed in fashion magazines, over and over again, as ideal sceneries for a fairytale life. Rome, Paris, Gstaad. Impressive spaces, with bohemian wrapping…

See more about the life and work of Valentino:

6 techniques to conquer a woman

Why my drains smell so bad?

Where To Find Economic Wedding Dresses

You may have missed

How much does it cost to clean your main sewer line?

How to look thinner with styling

How to find humidity and water leak in your house?

How to repair roofing leaks